Last week team Me and Martin attended
BFX. Which is the UK's largest visual effects, computer games & animation festival and it's held yearly right on our doorstep in Bournemouth, England.

We left having learnt loads, feeling pretty dam inspired and excited to tell you guys
all about it!

Together we attended BFX Core talks. There were also Masterclasses on offer and we have created
a separate post to talk about the awesome things
we learnt!

We attended talks from some big players in the world of Visual Effects. These companies are well worth checking out if you are at all interest in this area of the creative industry or just have a general interest in film, animation or gaming. Their
showreels are truly beautiful and will give you an idea of what you could work on if you climb the ranks in one of these studios.

Straight off we noticed that a lot of the speakers mentioned having to work as a runner for a year or two to get a shot at what they really wanted to do. This differs slightly from Graphic Design or Illustration. Where the aim is to get relevant experience perhaps through an internship. At BFX we noticed both similarities and interesting differences between working in the world of Visual Effects and Graphic Design. Understanding these could help you decide which topic to focus on and what you are truly passionate about! I will point a few of these out whilst talking about some of our personal highlights and what we learnt at the BFX Core talks.

Actually completed over 250 shots for Avengers: Infinity War. In which they built parts of the New York environment in CG, created the impressive circular Q-ship, and creating CG characters including: Iron Man, Spider-Man, Ebony Maw and Cull Obsidian.

Check out the video to get a good idea of the work they did on this epic movie! The main challenge they described was getting the scenes they worked on both from an arial and street level shots to look beautiful but also geographically correct and believable for a viewer.

They also mentioned that work you might spend months producing could always get cut from the film in the end. As fellow creatives we found hard to wrap our heads around, but both speakers agreed that when you get the chance to make something big for a film like Infinity War the risk is worth it!

We managed to catch up with speakers Charlotte Tyson & Alan Clappison later in the afternoon to ask them what it was like to work in the field of Visual Effects.

These are the main points we took away:

Personally this was one of my favourite talks. Julian Foddy walked us through the production of the train crash scene as the gang try to steal a batch of (very explosive) coaxium.

It was interesting to see the real life location for the scene, which is in northern Italy in the Dolomites mountain range. The mountains you see are called the Stella Group. However not all the mountains were real and the best bit about this talk was discovering how they created the big explosion at the end of the scene...

They 3D printed an exact replica of the mountain. Then placed it underwater with an electrical change under and yes....they blew it up and captured the footage. They used an exact replica so the shape of the explosion would wrap round the mountain properly to look convincing. This technique lead to a kind of explosion which has never been seen in a film before! Vey cool.

We also learnt that they rendered most of the scene in Houdini, a 3D animation software developed by Side Effects Software. Including all of the ice on the rigs they created as part of the set. This detail needed to be added in later as the director felt the scene didn't not appear cold enough.

This animation studio are working on a very interesting new short animation, which we got a sneak peak of during their talk. I don't want to give to much away but the style and narrative of the work they are creating is very original. The visuals use a kind of shading effect, which is a trend we think will be cropping up in illustration and Animation next year!

What was also really interesting was the software they have been using to create it: Unreal Engine, (which was developed by Epic Games see talk below.) This set of tools is capable of real time rendering. Meaning you can make alterations to your comp (animation) and see it played back fully rendered instantly. This is starting to save animators hours of time and the team from Blue Zoo said it has revolutionised their working process.

Creators of the famous game Fornite and the software which is revolutionising the VFX industry Unreal Engine, Epic Games gave a talk about it's capabilities and what they are starting to use it for.

In recent years they have been able to create a live action production in which the actress from game Hellblade gave a performance on set which was able to instantly be played back and even edited and dropped into game play on set. So they were able to test out how it would look in the final game and if any tweaks to the performance etc needed to be made!

They have also experimented with making Real-Time CGI Characte all created in Unreal. Check out this video about
Siren, a high-fidelity, real-time digital character!

The final talk of the core BFX event was given by a Layout Artist from Disney! Artist  Juan Hernandez. He talked us through some scenes from Moana/ Ralph Breaks the Internet and explained how lense kits are still used to help enhance the meaning of a story.

Artists still decide wether to 'use' 85mm or 25mm even though they are working with animation. However the framing of the shot is still thought of in the same way as traditional cinematography. Each decision effects the narrative of the scene, character and wider story.

It was also interesting to hear that a layout artists job is to capture the essence of the story, establish exactly what we are meant to be feeling and if a character is doing well or experiencing frustration. They they hand this animated storyboard over to the animators who bring it to life.

Just like in Graphic Design their is a whole host of techniques and rules which can be used to help tell a story visually. For example usually during an action scene if a character is moving from left toward the right, they are moving toward their goal and to success. However moving from right to left suggests a knock back!

Shots also become quicker with far more movement when the story heats up and will usually pan pack to check in with how characters are felling. This sets the mood for how we should also be feeling. Pretty cool right!

There were plenty of other brilliant talks from Ed Hooks, MPC and one of screenings of some brilliant animated films! If you are local to us at YES we highly recommend you check out the event next year! 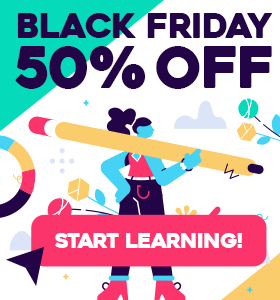 Happy Friday!
Today we are sharing another popular

Hi Guys
One of the most asked questions we get fro

Hi Guys!
Do you want to learn more about how to be

Do you fancy a weekend read? Over on our blog, we

Have you tried Adobe Mobile Apps yet?
We love Adob

Looking to get into the creative industry but feel

Photoshop on the iPad has come a long way since it

Have you seen our tutorial on Adobe Fresco updates

Hey guys,
Today I am sharing all the cool new fe

Hey guys,
Have you had the chance to play around

Another fantastic feedback from our Pro Members! T