Photoshop for iPad was first announced at Adobe MAX in October 2018 and since then everyone has been eagerly waiting for its official launch. Finally, the wait is over! 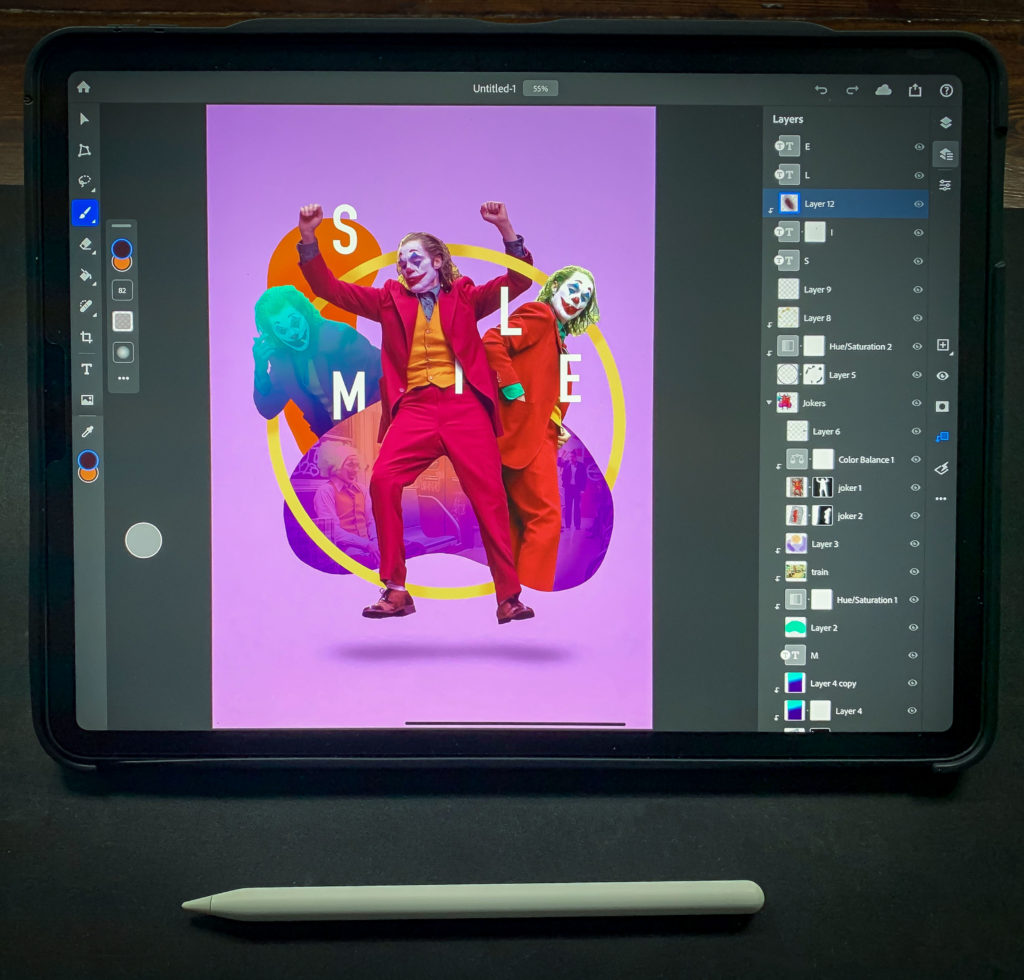 For the last couple of months I have been testing the beta version of the app on my iPad Pro so had time to get familiar with the features and interface. It is a much more robust version of Photoshop than the previously introduced apps (Photoshop Fix and Photoshop Mix), nevertheless it is far from being the equivalent of the full desktop application.

In summary, I would estimate that Photoshop for iPad in its current launch state only has around 30% of the functions and features of the desktop version. Although it took some time to adjust to the interface, after a few hours of using the app you can easily get used to it.

Want to learn more? Watch my step by step tutorial on how to create a fan art composition from a few snapshots from the Joker movie:

You can follow along this creative process by downloading the Photoshop for iPad app from the App Store, and the images from this Milanote board.

To get the layered PSD file and feedback on your designs join our Pro Membership.

Use #yesimadesigner when sharing your work on social media and we will feature it on this board with a link to your account. 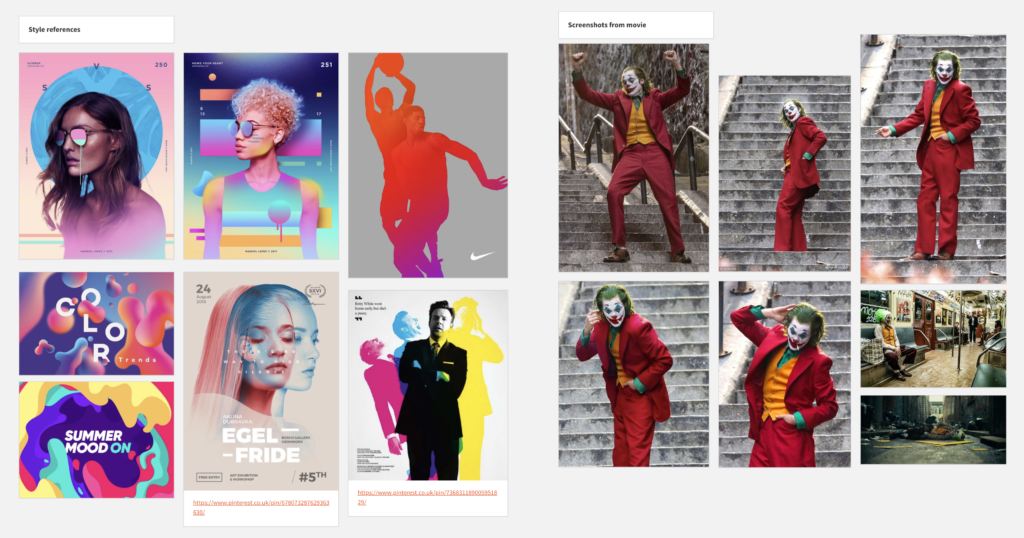 Luckily most of the features missing in the current version are being actively developed and planned to be added in future updates. Below is a list of some of these features: 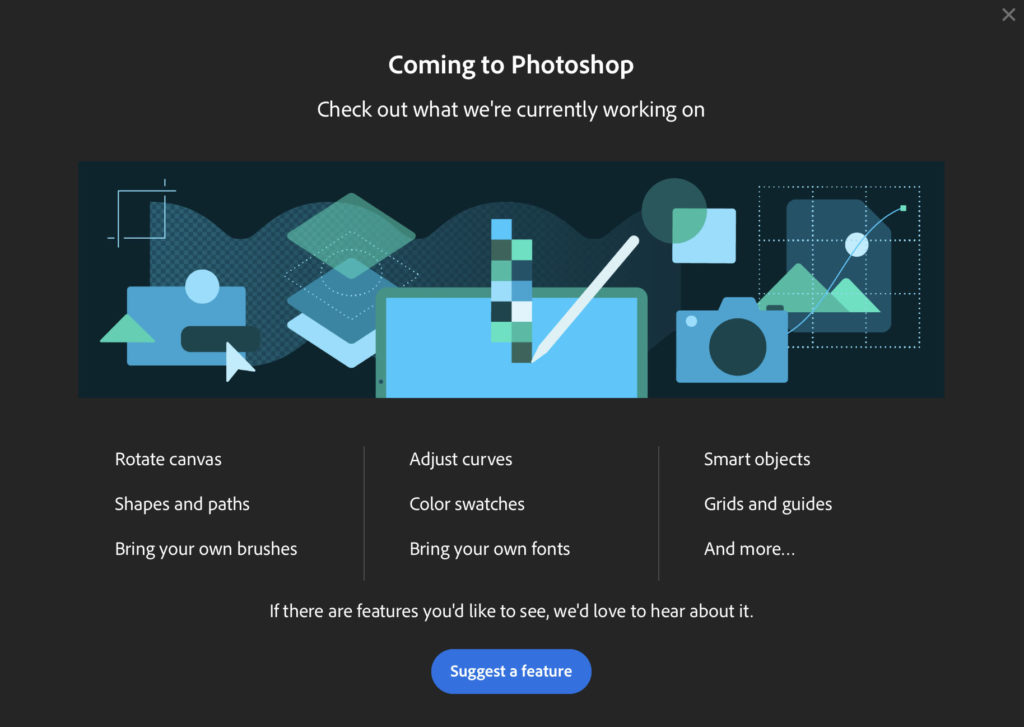 I believe that Photoshop for iPad is already a brilliant tool that provides a very similar experience to the desktop version, while still utilising the advantages of the touch screen and Apple Pencil support.

It is a strong first version that will only get better with future updates. 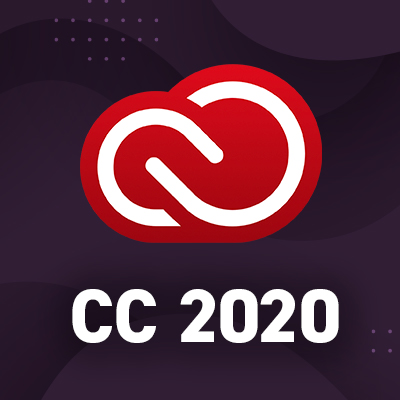 Get up-to-date with all the new features introduced in the 2020 release of Photoshop, Illustrator and InDesign.

How to Create a Geometric Pattern in Illustrator
August 3, 2020 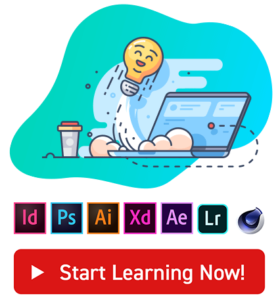 If you are an aspiring illustrator and looking to

Hey Guys!
Have you seen my tutorial on creating Ge

Hey Guy,
​Our blog post on how to create Grain

Woke up to another fantastic feedback! Thank you a

Check out my latest tutorial to discover how you c

​Sign up to our Free Graphic Design Survival Kit

Hey Guys,
Get LOUD and have your say in the 2020Gl

This week, I am excited to share an interview I wa

Hi Guys!
Have you seen this weeks tutorial yet? He

Another amazing feedback! Thank you so much for yo

Hi Guys! I have had a lot of new subscribers here

Do you prefer the Puppet Warp or the Liquify Filte

Hi Guys,
Have you seen this week's YouTube tutoria