We are very excited to announce the launch of two new courses: Cinema 4D and After Effects MasterClasses.

We would like to also introduce an amazing creative professional and talented instructor to our team. Please welcome Ozgur Gorgun, our Video, Motion Graphic and 3D expert!

Tell us a bit about your background?

Having spent most of my professional life in the film and TV industries, I've worked on projects as small as a student movie and as large as a Hollywood blockbuster. My primary focus is on filmmaking, in particular; directing and editing. I love spending time behind a camera and also in an editing suite. Over the years, I've worked for clients such as Sony Entertainment, ITV, Sky, Nokia, Microsoft and Google to name a few.

How did you get into teaching applications like After Effects and Cinema 4d?

As a film director and editor, you have to understand what is possible in post production. Knowing the possibilities and limitations of post production opens up so many new doors during the production stage. Once I realised this fact, I started taking my technical skills with software more seriously. Initially I mastered Adobe Premiere Pro, for which I am a certified instructor now. The more you know about a software, the more freedom you give to your creative mind.

Shortly after that, I realised that Premiere Pro lacked some tools that I needed to add the extra touch to my edits. That was when I learned After Effects. And once I mastered After Effects, the next natural move was to learn Cinema 4D. And once I've mastered these applications, I felt the urge to share my knowledge with others who lacked technical skills. As I've learned my skills by spending years with some extremely talented creatives in the industry, I was convinced that I owed it to the budding designers and creatives to share my knowledge. Someone once said to me: "Knowledge only grows when shared." I'm a firm believer in that. Today, I am an Adobe Certified Expert and Instructor, as well as one of the very few Maxon Certified Instructors in the world.

What motivates you to teach people and share your hard-earned expertise?

I've been teaching for over a decade now and I must've taught thousands of students so far from school children to CEOs of some of the biggest companies in the world. Regardless of their background, every time a student learns something that they find truly fascinating, I can see a spark in their eyes. I consider it a privilege to be able to contribute to that "lightbulb moment" when a creative person learns a new skill.

Also, it is a great feeling to Google the address for the nearest Starbucks, then take an Uber to get there. And on the way, see some billboards from JCDecaux that advertise a new show on the BBC. Pay for your ride with an HSBC card, and finally realise all of these companies are actually your clients and their employees have learned some parts of their creative skills from you.

Why did you decide to be part of Yes I'm a Designer?

I met Martin, who is the founder of Yes I'm a Designer, when we were both working for the same company. His creative skills and passion for sharing knowledge, interest in different forms of art including film, music, photography and design quickly grabbed my attention and I think that's when he and I "clicked". Yes I'm  a Designer is a fantastic platform full of creative people and endless inspiration. The creative community is really what drives the company and it is great to be a part of this team. I am constantly inspired by seeing the works of Martin and other trainers at Yes I'm a Designer.

Could After Effects and Cinema 4D be useful for graphic designers to master?

Yes, is the short answer. A hundred percent. It is no secret that graphic design is a competitive industry. Therefore, as a designer, you need to find ways to stand out from the crowd. Bringing your graphics to life by using After Effects and/or Cinema 4D is a fantastic way of doing this. Put yourself in the shoes of a potential employer. There are two graphic designers who are more or less at the same level and share a very similar taste in design. One's technical skills are limited to only the graphic design applications, whereas the other knows how to add motion to those graphics by using After Effects and C4D. Which one would you employ?

Can you share some useful tips with people planning to start a career as a video or 3D specialist?

The best advice I can give to anyone who is looking to get into the video or motion design industry (be it 2D or 3D), is that one must be willing to invest a huge amount of time in learning not only the "how" of things, but also the "why". After all, there is only a handful of tools that exist in an application like After Effects. But what makes you a good motion designer, is not going to be just your technical skills (although that's part of the deal too). You need to learn the foundations of design, motion and storytelling. And the best way to do this is by watching successful people at work. For example the animation theory hasn't changed since the days of Disney from the first quarter of the past century. So start from there and learn the rules. Once you know them, you are free to break them. If you break the rules without knowing, then you're not going to get far.

Ozgur's passionate about photography and filmmaking

Another advice would be to learn the foundations of the applications as soon as possible. And to do that, you need to set yourself some realistic goals. Work out how many hours/days you can spare each month to learn a software. The quicker you learn the software, the sooner it will move out of the way between you and your creativity. You don't want to be stuck with trying to figure out "how" something is done, when you already know "why" you want to do it. 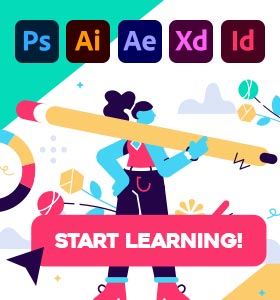